Beyond Corona on Earth Day 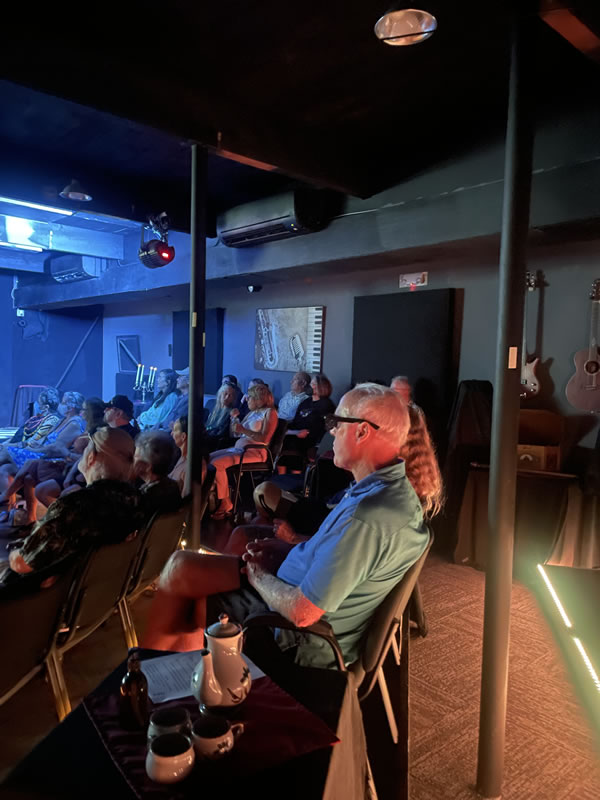 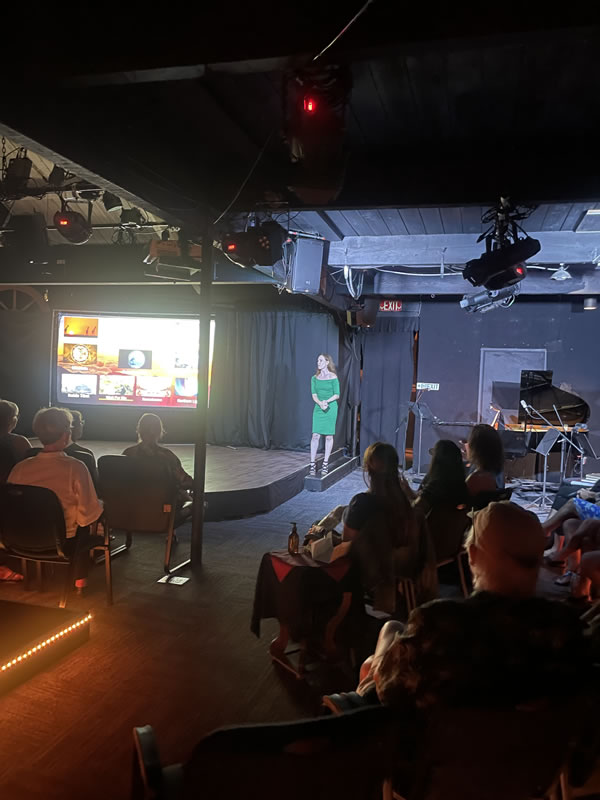 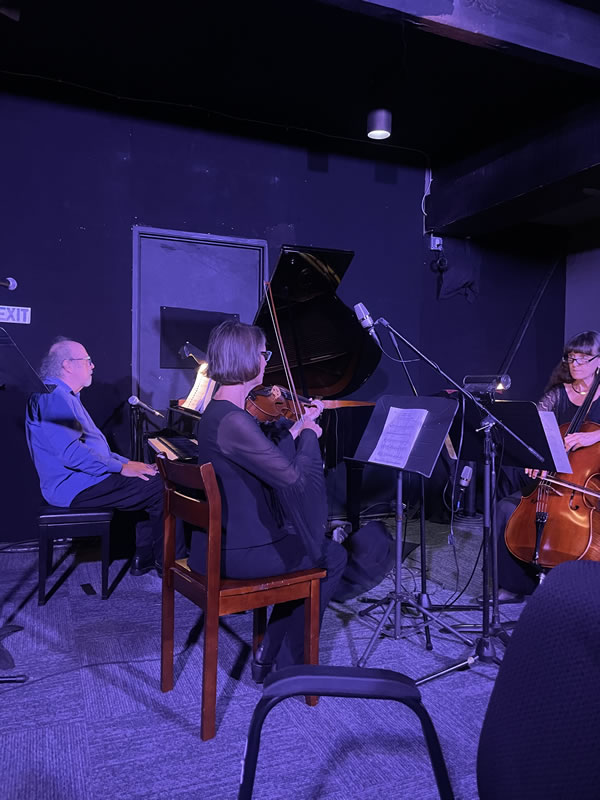 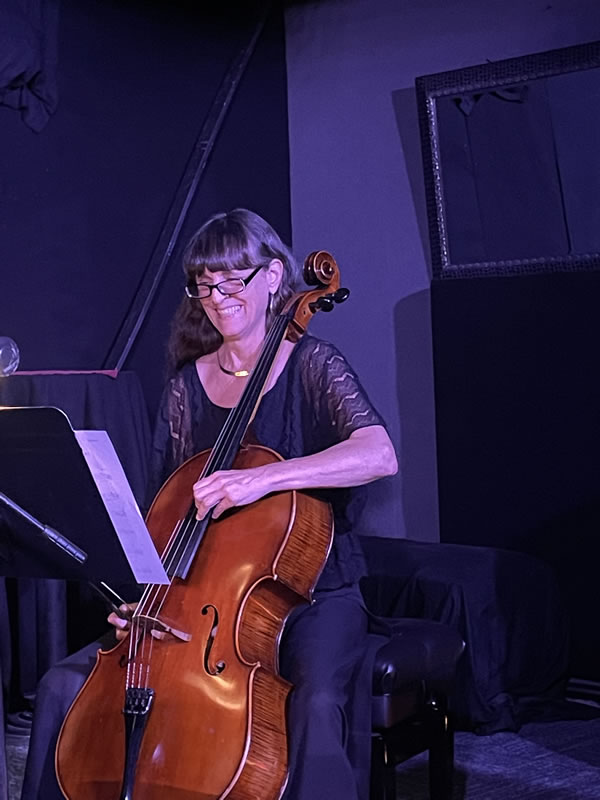 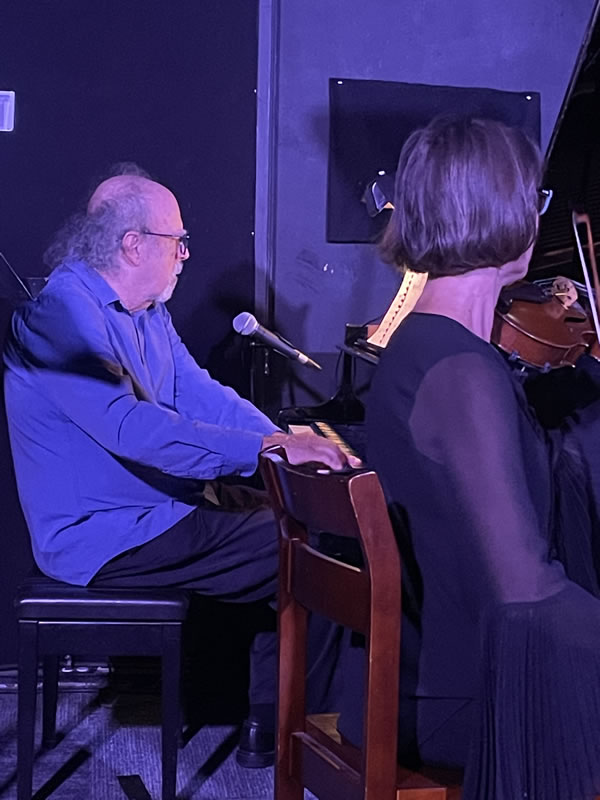 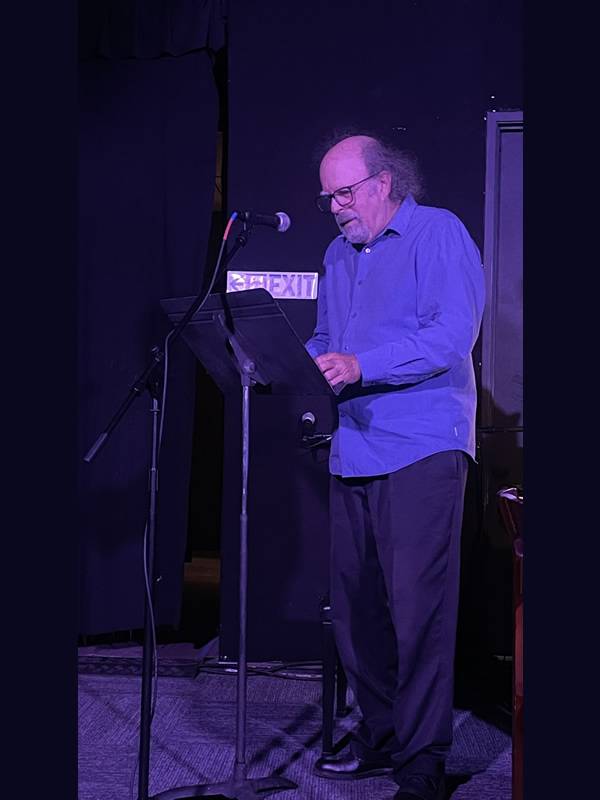 BEYOND CORONA on EARTH DAY

Ebb & Flow Arts, Inc. (E&FA) is a non-profit presenter of modern music and multi media events. It is the only such presenter in Hawai’i, and was founded in 1999, by composer/pianist Robert Pollock. It aims to build bridges between the arts and connect artistic expressions and cultures. E&FA creates a global sound board and mirror for music and art in Hawai’i.

He was a student of Henry Cowell, and Arnold Schoenberg. He worked with noted Javanese Gamelan musician K. P. H. Notoprojo. Harrison is particularly noted for incorporating elements of the music of non-Western cultures into his work, with a number of pieces written for Javanese style gamelan instruments, including ensembles constructed and tuned by Harrison and his partner William Colvig. The majority of his works are written in just intonation rather than the more widespread equal temperament. Harrison is one of the most prominent composers to have worked with microtones.

Rona Landrigan grew up in a musical family in Glasgow, Scotland

She earned her undergraduate degree from the Royal Northern College of Music in Manchester, England in 1990 and continued with post-graduate study in violin performance at the Royal Scottish Academy of Music and Drama in Glasgow. In 1991, Rona was invited to join the Camerata Orchestra, a 22-piece String Orchestra based at the Concert Hall in Athens, Greece, where she played for four years. The Orchestra performed regularly in Athens and also toured Greece, Belgium, Italy and Austria. In 1996, Rona moved to New Jersey with her husband. In 2004, she was selected by The College of New Jersey as one of the winners of their “Outstanding Educator” Award Program. Rona arrived on Maui in 2012. She was a founding member and Concertmaster of the Maui Chamber Orchestra from 2014-2021. Currently Concertmaster of the Maui Pops Orchestra since 2015, Rona enjoys collaborating with other musicians. Rona teaches violin classes on Saturdays through the Maui Youth Philharmonic Orchestra.

She performs frequently throughout Maui, as a freelance cellist for musical theater, and for weddings and other special occasions as a soloist and in duos, trios and quartets. Cheryl has served as Principal Cellist of the Maui Symphony, Saratoga Chamber Orchestra, Assistant Principal Cellist of the Everett Symphony and the Everett Philharmonic Orchestra. She has also appeared as a ‘cello soloist and chamber musician in Washington, Hawai’i and California. Additionally, Cheryl is the Executive Director of Maui Pops Orchestra, sings with the Maui Choral Arts Association and served as Music Director for Maui Academy of Performing Arts’ very successful 2014 production of “Fiddler on the Roof.” Cheryl offers private instruction in ‘cello, bass and music theory. She earned her B.A./B.M. in ‘Cello Performance from the University of Washington.

Dr. Shinhee Park received a B. A. in music composition and M. M. in music theory from Han Yang University in Seoul, Korea

She extended her compositional studies in the U. S. A. earning a M. M. from the City University of New York and a Ph. D. from the State University of New York at Stony Brook. Her compositions spanning instrumental to electronic/computer music have been performed in numerous contemporary music concerts; and her articles have appeared in journals and periodicals. She has been teaching composition and theory at several universities in Seoul. She is the President of Veritas Musicae (Seoul), an organization with which Ebb & Flow Arts has cooperated for over 20 years. Her “Scary Time in the Corona Era” for violin, ‘cello, and piano was commissioned by E&FA.

Harry Partch (1901 – 1974) was an American composer, music theorist, and creator of musical instruments

He composed using scales of unequal intervals in just intonation, and was one of the first 20th-century composers in the West to work systematically with microtonal scales. He described his theory and practice in his book Genesis of a Music (1947). Partch composed with scales dividing the octave into 43 unequal tones derived from the natural harmonic series. To play his music, Partch built many unique instruments, with such names as the Chromelodeon, the Quadrangularis Reversum, and the Zymo-Xyl. His later works were large-scale, integrated theater productions in which each of the performers sing, dance, speak, and play instruments. Ancient Greek theatre and Japanese Noh and kabuki heavily influenced his music theatre.

He has organized over 500 new music concerts. As pianist he has premiered over 100 compositions by composers from around the world. He has performed solo piano recitals in Honolulu, S. Korea, Mexico, Japan, New York City, New Jersey, Russia, Belgium, and Holland. He participated as composer-in-residence at William Paterson University, University of Hawai’i, and the Festival for New American Music, Sacramento State University. He is co-founder of the New York Guild of Composers (1975), and founder/director emeritus of the Composers Guild of New Jersey (1980-1998). Pollock received a B. A. in Music from Swarthmore College, a M.F.A. in Musical Composition from Princeton Univ., and a Guggenheim Fellowship. (www.robertemilpollock.com)

Terry Riley (born June 24, 1935), is an American composer and performing musician best known as a pioneer of the minimalist school of composition

Influenced by jazz and Indian classical music, his music became notable for its innovative use of repetition, tape music techniques, and delay systems. He produced his best known works in the 1960s: the 1964 composition In C and the 1969 LP A Rainbow in Curved Air, both considered landmarks of minimalism and important influences on experimental, rock, and contemporary electronic music. Raised in California, Riley began studying composition and performing solo piano in the 1950s. He befriended and collaborated with composer La Monte Young, and later became involved with the San Francisco Tape Music Center. In the 1970s, he began intensive studies under Hindustani singer Pandit Pran Nath.

Takemoto received a B.F.A. in Drawing, Painting and Printmaking from the University of Hawai’i at Manoa. He earned an M.A. and an M.F.A. in Studio Art from Northern Illinois University. Takemoto has exhibited his paintings, prints, murals, sculpture, and installations nationally and at various locations in Hawai’i, including the Honolulu Museum of Art, the East Hawai’i Cultural Center, the Maui Arts and Cultural Center, and the Hui No’eau Visual Arts Center. At UHMC, Takemoto is the program coordinator of the Art Department and teaches courses in art appreciation, drawing, painting, and printmaking.

His music combines elements of traditional Ugandan music and Western music. He is best known for his first string quartet, which was included by the Kronos Quartet on their 1992 CD, Pieces of Africa, which contains music by seven African composers. Tamusuza was born in Kibisi. His early training was in Baganda traditional music. His early instructors included the Reverend Anthony Okelo and Kevin Volans at Queen’s University Belfast in Belfast, Northern Ireland. He received his doctorate in composition at Northwestern University. He has taught at Makerere University in Kampala, Uganda, as well as at Northwestern University. His music is published by International Opus.

Dr. Tom Vendetti, Emmy® award-winning filmmaker, combines his work as a psychologist with over 30 years working in the mental health field with his passion as a filmmaker to direct and produce documentary features that have been viewed around the world

He began making documentaries over 20 years ago pointing his camera at different peoples, places and cultures in order to gain a deeper understanding, appreciation and celebration of their lives, customs and beliefs through the medium of digital cinema. His primary focus has been committed to producing documentary programs that preserve the environment/culture and promoting happiness. Tom most recently directed and produced the feature documentary films “Dalai Lama: China Mount Kailash and Happiness and “Hawaiiana” that are airing on PBS stations in the USA.” Also, “Tibetan Illusion Destroyer 2D/3D” has been screened on PBS and around the world. His film, “The Quietest Place on Earth” was aired on over two hundred PBS stations. In 2011 Vendetti directed and produced “When the Mountain Calls: Nepal, Tibet & Bhutan”. The film explores the director/producer’s personal experiences and reflections from over 30 years of traveling through the Himalayas. Featured in the film are appearances by the Dalai Lama, Lama Tenzin, Paul Horn, Tenzing Norgay, Sir Edmond Hillary, the Prime Minister of Bhutan, Dorjee Sherpa and Green Peace China. Website: http://WhenTheMountainCalls.com.

Dominik Walczuk is a Documentary Video Editor & Cinematographer based in Hilo, Hawai’i

He is also an Archivist, Creative Consultant and Cinema Educator. “I love to guide & empower others on how to tell their own stories – I act as a creative filter to bring out unique elements to each character & story.” Dom offers remote video editing & creative mentoring on cinema projects of all forms. Grofilms.com. Lee Michael Walczuk studied theater, film and tv at UCLA ’75, M.F.A. ’89. He directed The Wayward Sister’s Brew in The Best of the Bard for Hilo Hawaii’s Shakespeare in the park company. He directed the Hilo Teen production of William Saroyan’s “The Cavedwellers.” A resident of Mountain View, on Big island, Lee also teaches animation fundamentals, puppetry and mask-making throughout East Hawai’i. His website: www.kozmomimzi.com

Composer, artist, and author, Robert Wehrman, Ph.D., is a decorated Vietnam veteran and was Professor of Music at the University of Hawaii, Maui for many years

He has published many books and articles focusing on music technology and is the author of The Unnatural Act, and Walking Man, the biography of famed walker Colin Fletcher. In recent years his music has enjoyed performances in over 200 cities nation wide and in many international countries as well. His film scores and scripts continue to receive international acclaim. Dr. Wehrman. is the first person known to walk alone, cross-country, away from all roads and trails, from Badwater in Death Valley (lowest point in North America) to the summit of Mt. Whitney (highest point in the continental United States).